Our DMC Cuba Dorsemo, S.A. | Cubafortravel.com is an experienced Destination Management company that offers you a real Cuban experience. Our organization provides destination management services to travel professionals (B2B) like tour operators, cruise companies, wholesalers, meeting planners, incentive houses, event management companies and associations including schools and universities. Our clients enjoy the authentic application of our destination knowledge and expertise that we bring to their meetings, incentives, and events. Some say Cuba is another world and if you want to bring your best clients here you need someone with the know-how and the contacts. And that’s what we do, we manage this destination for you. To make it even better we are a member of World of DMC’s and SITE.

Cuba – Not Just Another Stamp In Your Passport

You don’t need Doc Brown’s modified DeLorean car to step back in time; a ticket to Cuba is all it takes! Cuba’s colonial cities have not progressed much since the 17th century ‘Golden Age of Piracy’ and its mystique still lure travellers like the call of a siren. Classic Buick, Chevies and Cadillacs line the boulevards in front of enchanting colonial buildings like it’s no big deal, while the streets rumble to the sultry beat of Afro-Cuban rhythms.

Discovered by Christopher Columbus in 1492 and occupied by Spain, then claimed by the United States during the Spanish-American War in 1898, the island finally gained its independence in 1902. Read More

After an armed uprising in Cuba in 1959 that overthrew the government of Fulgencio Batista, the revolution’s leader, Fidel Castro led Cuba for almost 50 years, installing communism onto the island. Cuba’s latest president Miguel Díaz-Canel has promised to modernize the country’s economy and make the government more responsive to its people. Hasta la victoria siempre!

The Cuban state follows a socialist economic model and the state controls most resources. The main exports are sugar, nickel, seafood, citrus, tobacco products and rum. Cuba bestows the second largest land area to tobacco farming, and for many decades was the world’s top sugar producer. Cuban rum (a product of sugarcane) is renowned around the globe whilst Cuban cigars have been celebrated by Cubans and sought-after by foreigners for centuries, some Americans would even risk fines to sneak them home.

Located in the northern Caribbean where the Caribbean Sea, Gulf of Mexico and Atlantic Ocean meet, 145 kilometres off the coast of Key West, Florida, Cuba is the largest Caribbean island nation. Heavily populated, Cuba’s nearly 12 million people are mostly Spanish and Africans who settled on the island over the past 500 years.

Cubanos are warm and welcoming folk, wander around the city and you’ll find them playing baseball, talking to neighbours, and cycling around with friends. Dancing is a very important part of Cuba’s being – it’s the communication of passion and bliss, and offers locals an escape from their daily grind. Havana presents the liveliest, most spirited salsa clubs on the planet and is one of the world’s most pulsating salsa-dancing destinations.

When it’s your stomach doing the rumbling, pop in at one of the paladares (privately owned restaurants) for food that will make your taste buds tap. Cuban food is not as spicy as one would presume; it’s a fusion of Native American Taino food, African, Spanish and Caribbean cuisines. Some traditional Cuban favourites are Empanadas and Pastelitos – meat-stuffed, fried or baked turnovers similar to Italian calzones, Arroz con pollo – chicken and rice, Boliche – stuffed pot roast and Cocido de garbanzos – chickpea stew.

Cuba is much more than a smoke and a hip-shake. Places to include on your itinerary are the pulsating Havana, the natural landscapes of Soroa and gentle waves of Trinidad, revolutionary Santa Clara and Varadero, the largest resort in the Caribbean. Every city has its own fingerprint.

So dig out those dancing shoes from the back of the closet, polish up on your Spanish and make sure to save space in your suitcase for rum and cigars – Cuba is calling and her hips don’t lie! 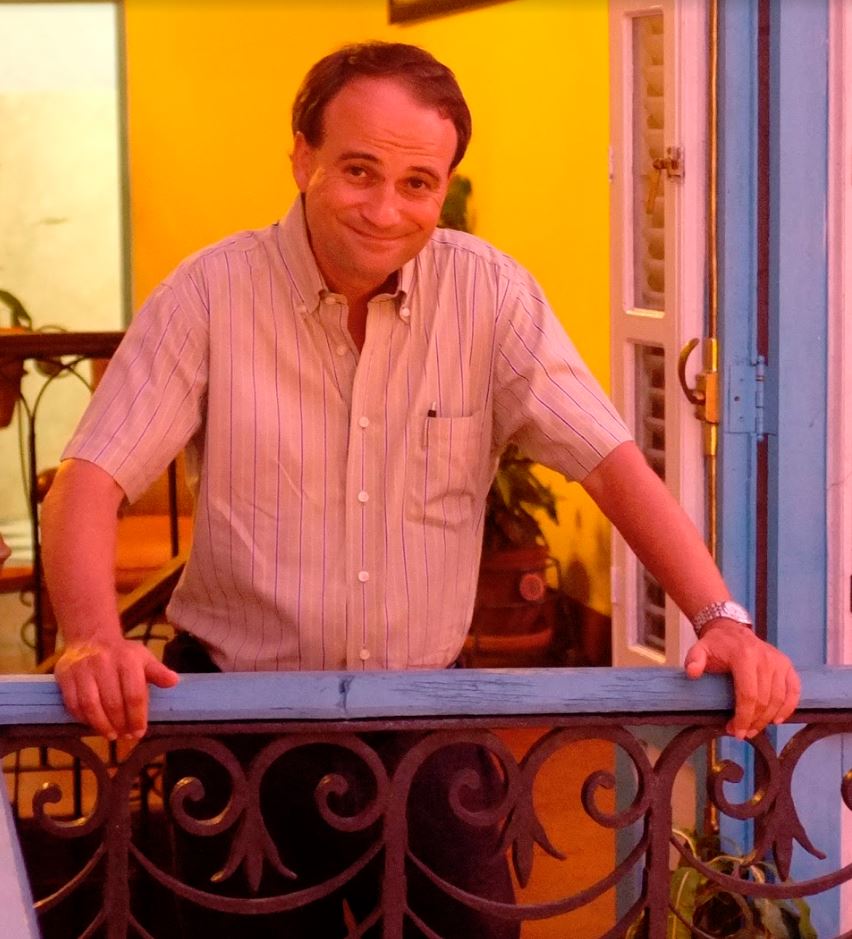 “Cuba is such a beautiful country, and everywhere you go there is music and people dancing – expecially in Havana. “